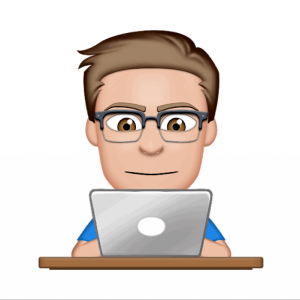 2022 Highway Code Changes – what it means for you

On 29 January 2022, the Department for Transport released the latest edition of The Highway Code. This article will summarise the fundamental changes that have been proposed to help motorists and cyclists alike to prepare for them. We’ve summarized the key points below – so make sure you’re up to speed before you hit the road!

The Highway Code, published by the Department for Transport, covers everything from giving way rules to roadworks and pedestrian crossings. It even includes advice on how to drive safely in adverse weather conditions! The latest version has been updated with new guidance based on consultation between stakeholders across industry sectors, including transport companies, local authorities, and emergency services.

The new edition of The Highway Code comes into effect on January 29th, 2022 – drivers who don’t follow these rules could be fined up to £100, so you must be aware of any updates! Here’s a quick rundown of the critical changes you need to know if you’re driving on UK roads.

We’ve listed some of the most significant changes below:

The Highway Code has undergone a complete overhaul for 2022, with new rules and regulations for all types of road users. The most significant change is the introduction of a new road user hierarchy, which ranks different types of road users in order of priority. The aim of this is to ensure that all road users are treated fairly and with respect and that the safety of everyone is taken into account.

At the top of the hierarchy are pedestrians, who are to be given priority on UK roads. They are followed by cyclists, then motorists, lorries, and buses. This ranking will be used when deciding who should give way when there is a conflict between different types of road users. For example, if a cyclist and a motorist meet at an intersection, they will always have the right of way as they are ranked higher in the hierarchy.

Rule H2: Priority Given For Pedestrians At Junctions

This is a change that has been brought in to ensure the safety of pedestrians, who should always be given priority at junctions. This means that if no specific signs are telling you otherwise, you must give way to pedestrians when you’re driving through or crossing an intersection. Again, this is a change from the previous rule, which stated that drivers needed to exercise caution when approaching junctions with vulnerable road users such as cyclists and pedestrians.

This is a fundamental change to the Highway Code, as it now enshrines in law the idea that pedestrians always have priority over other road users. It means that drivers must give way to pedestrians at junctions. This will help keep pedestrians safe and make intersections a bit less stressful for everyone.

Rule H3: New Priority Given To Cyclists At Junctions

In a move that is set to cause controversy among drivers, the Highway Code will be amended in 2022 to give cyclists precedence for turning cars at junctions. The amendment will see cyclists treated as “vehicles” under the code, with drivers having to wait until they have unambiguously cleared the intersection before moving off – even if no other vehicles or pedestrians are waiting to cross.

This change has been brought about to respond to the increasing number of cyclists on UK roads, with cycle fatalities having more than doubled in recent years. The government believes that this amendment will help protect vulnerable road users and make the streets safer for all.

How Will This Affect Me As A Motorist?

While most changes will affect Cyclists and Pedestrians, there are also some notable alterations that Motorists need to be aware of.

Firstly, the new Highway Code update requires drivers to “give more space” when overtaking vulnerable road users like Cyclists and Horse Riders. This means leaving a bigger gap between the driver and Cyclist to avoid potential collisions.

Secondly, being more cautious and alert when approaching a junction is essential for all motorists. A specific change to the Highway Code states that drivers must not enter a junction if they cannot clear it safely – this applies even when the traffic light is green.

The rules of the road exist to keep you safe and ensure that everyone can travel safely, whether they’re in a vehicle or not. We must all adhere to them so that incidents like this don’t occur because someone didn’t pay attention or didn’t know what they should do in such a scenario.

How To Pass Your Driving Test

Your driving test is a watershed moment in your life when you finally become mobile and are able to get around on your own. Getting

Which Lane Should You Normally Drive In When Travelling On A Dual Carriageway?

Did you know a dual carriageway simply means a road with two single and completely separated lanes in either direction? That means there are some

Drowsy Drivers, Please Step Away From Your Vehicles

Driving with a sleep condition can be far more dangerous than drink-driving. As the cause of approximately 100,000 auto crashes each year, it is clear